Most people have heard about tarot cards at some point or another. You may even have had the pleasure of working with a tarot deck at some point. Their beautiful pictures draw you in, but skeptics often dismiss the more mystical side of tarot as nonsense. But a tarot reading can be profoundly affecting. What it comes down to is how they are read.

If you are looking for a professional to read for you, then Asheville Wellness Tours offers Group Tarot Reading which can be done either virtually or in person. This is a great way to start your tarot journey and to have fun with your friends. And if you are thinking of trying to read the cards yourself, then tune in – this is a beginner’s guide.

A Brief History of Tarot Cards

The first thing to understand about the tarot cards is what exactly they are. Originally (at least in European history), they were simply playing cards and tarot was nothing more than a game. Dating back to around the 15th century, decks could vary in size, having as few as 32 cards, or as many as the standard 78 we see in a tarot deck today.

As the 18th century sidled into view, people started using tarot cards for divination purposes and cartomancy became popular. The first person to assign divinatory meanings to the cards was the cartomancer and French occultist Etteilla, in 1783.

After its rise in France, the tarot gained popularity amongst occultists in Britain and the Hermetic Order of the Golden Dawn was established there in 1888. This order developed their tarot practice but never released their deck to the public and tarot remained the province of experienced practitioners. However, the most recognizable tarot decks – the Rider-Waite-Smith Deck and the Thoth Deck – were designed by members of the order.

Tarot found its way into the public in the United States, where numerous essays were published about what it was and how to read it, but it truly gained popularity in the 1970s when A Complete Guide to the Tarot by Eden Gray, was published.

A standard tarot deck contains 78 cards; 22 of those cards are suitless. Instead, they number from 0 to 21 and they make up what is called ‘the major arcana’. The remaining 56 cards are separated by suit – coins/pentacles, cups, swords and wands/rods, with 14 cards in each suit numbering from 1 to 10 and completed by face cards – a king, a queen, a knight and a page/jack. These cards are referred to as ‘the minor arcana’.

The major arcana are said to carry the deeper mysteries. They symbolize themes and lessons and when they appear in a reading they hold more sway than the minor arcana. These are the cards you will be most familiar with from popular culture. Cards that people like to talk about include the Fool, the Lovers, the Tower, Judgement and, of course, Death! But these major cards are never quite what they seem. Each card is full of hidden symbolism and carries with it many meanings.

The minor arcana represent the more mundane aspects of life. They hint at the joys, triumphs, annoyances, hopes, fears, and challenges of our daily existence, and so they add nuance and cohesion to any reading. Each suit has an overarching theme and their numbers bring a certain energy to each card.

As well as each card being different, you will find there are subtle differences between every tarot deck as each is imbued with something the artist gives it.

How to Read the Tarot

By now, reading the tarot might seem quite complicated, but it needn’t be, if you want to dabble in it. There is no need to memorize every card and its meanings from the get-go. In fact, it helps to take your time to get to know your deck and to learn by practicing!

Although the cards are seen as an instrument for divination they are not tools to foretell the future, but rather they are a guide to help us focus inward. Tarot is much closer to mindfulness than magic. You need to be centered, clear-headed, and focused when you do a reading.

Before you begin a tarot reading, you should shuffle your cards. This clears them of any past readings and it energizes them. As you shuffle, you should think about what you are seeking. Maybe you have a question, or maybe you simply want to see what’s going on in your life and to understand it better.

When you have reached a state of calm and you feel ready to find out more, it is time to arrange your cards in a spread. There are many different kinds of tarot spreads you can learn, and they range in complexity. But one of the simplest and most effective is the versatile three-card spread, which can be used to investigate past, present and future, or mind, body and spirit — or it can help you weigh the pros and cons of a decision.

When you are ready to begin, you simply cut your deck into three piles and turn over the top cards. The rest is up to you and how you interpret what you see.

So, what are your next steps? Get a tarot deck that suits you – you need to feel a connection with your cards – and start practicing! Better yet, get a tarot demonstration first, to find out what it’s really all about. It makes a really fun activity for groups, so check out our Asheville Bachelorette Party options.

If our tarot readings pique your interest, or if you want to try out any of our other activities, then don’t hesitate to get in touch. We’re ready to help you organize a mindful break from the norm! Why Have Companies Increased Focus On Corporate Wellness?
May 24, 2022admin How To Plan an Alternative Bachelorette Party in Asheville
May 13, 2022Nicole 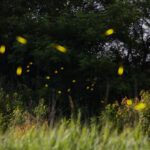